We aim to give people access to reliable science-based information to support anyone on their journey towards a healthy, sustainable diet. In this section you can read about the role of fluid in the body and healthy hydration.

The science of hydration

Water is essential for life. It is the major component of body fluids and has many other biological roles including helping to regulate body temperature through sweating. Fluid balance in the body is carefully controlled by varying the concentration of urine and stimulating thirst.

The body loses water in urine and faeces as well as smaller amounts through the skin and lungs. If fluids are not consumed to replace water losses, then the body becomes dehydrated. Mild dehydration (1-2% bodyweight lost) can result in headaches, tiredness, lack of concentration and reduced athletic performance.

Fluid requirements vary between individuals depending on factors such as age, level of activity, and climate. In the UK, guidance is to drink 6-8 glasses of fluid per day (roughly 1.2 litres).

We can get fluids from foods and drinks; not only water but also drinks like squash, fruit juice, soft drinks, milk) and tea and coffee. As alcohol is a diuretic, alcoholic drinks should not be considered as contributing to fluid intake.

Physical activity can increase fluid requirements and more fluids may be needed to maintain hydration. Sports drinks with added carbohydrates and sodium are usually not needed when doing moderate activities but when doing intensive exercise for longer than an hour then commercial or home-made sports drinks may help to rehydrate more quickly, provide energy and replace sodium losses. 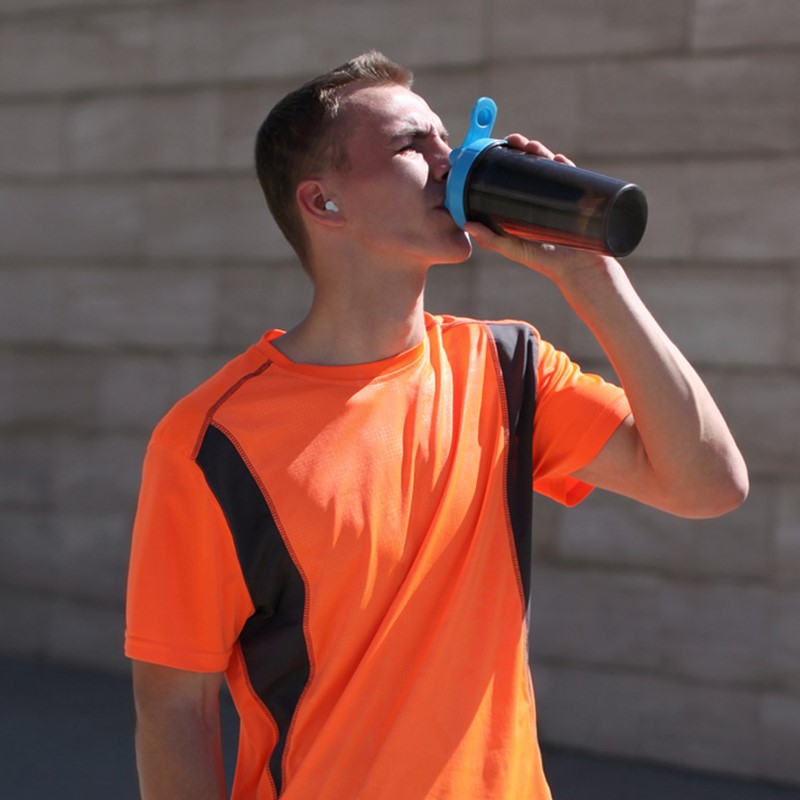 Although humans can survive for several weeks without food, they cannot normally go without fluids for more than a few days. On average, water makes up around 60% of body weight in males, 50-55% for females; though this varies depending on age and body composition (a higher proportion of body fat means that the body water content as a proportion is lower). Water is essential for the function of all the cells in the body. It is the major component of body fluids (such as lymph, saliva, bile) and has many other biological roles:

In 2010 the European Food Safety Authority (EFSA) published a Scientific Opinion on dietary reference values (DRVs) for water. These DRVs differ somewhat from UK recommendations (although it should be noted they include fluid from both foods and drinks – EFSA assume that 20% of fluid intake comes from food and 80% from drinks). Assuming a temperate climate and moderate physical activity levels, adequate intake values for those 14 years and up from EFSA’s report are as follows:

Those doing strenuous physical activity or living in hotter or more humid climates may need more than this.

In general, older children will need more fluids than younger children due to their greater bodyweight. There are no UK-specific recommendations for children’s fluid intakes, apart from the general recommendation to have 6-8 glasses of fluid a day. In Europe figures were set by EFSA in 2010 as part of their DRV report on water and are as follows:

You can view our hydration guides for children at the bottom of the page.

Fluid balance in the body

Fluid balance in the body is tightly controlled. The kidneys monitor the volume and composition of body fluids and can change the concentration of urine accordingly. The sensation of thirst is increased when low levels of dehydration are detected to stimulate fluid intake. The minimum amount of water needed to excrete waste products from the body is decided by the macronutrient and salt content of the diet.

If fluids are not replaced via drinking or fluid-rich foods, then dehydration will set in over time. Dehydration can be potentially serious. A loss of 15-20% of bodyweight as water is fatal, and a loss of as little as 2% (equivalent to an overall loss of about 1.4L water in a 70kg man) can result in impaired cognitive and physiological responses and athletic performance. Symptoms of dehydration include headache and fatigue.

Babies, children and older adults can be particularly susceptible to dehydration as they may not recognise the symptoms of dehydration (headache, fatigue) or respond to thirst and need support to access and drink enough fluids.

Find out more about healthy hydration for these age groups with our resources at the bottom of this page.

People who are physically active for long periods, those who sweat excessively, those living in warm or humid climates will generally have higher fluid requirements and care should be taken to avoid dehydration and keep adequate fluid balance.

The body has no way of storing water and so any excess fluid consumed will be excreted in urine. Extreme overconsumption of water can, under rare circumstances, overwhelm the body’s ability to excrete the excess water and lead to hyponatraemia (low sodium levels in the blood), which can be life-threatening in severe cases.

Hyponatraemia affects the balance of intra and extracellular fluids causing symptom such as fatigue, dizziness, confusion and seizures. The severity of hyponatraemia depends on the volume and rate at which fluids are consumed and may be affected by other factors such as sodium losses from sweat during endurance exercise. 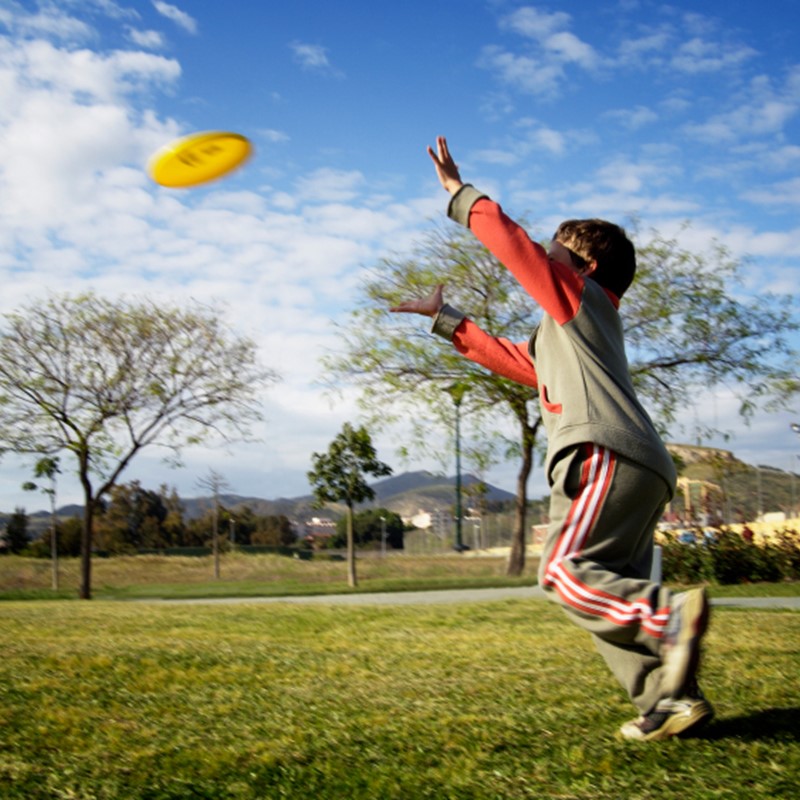 Sources of fluid in the diet

Dietary water can come from drinks as well as from the water contained in foods, for example in fruit and vegetables, soups and stews. It is estimated that foods contribute to about 20% of total fluid intakes. A small amount of water is also produced via metabolism in the body.

Regarding drinks; squash, fruit juice, soft drinks, milk, dairy-free milk alternatives, plant-based drinks (such as coconut water, soy drinks) and tea and coffee can all count towards fluid intakes. Whilst caffeine acts as a mild diuretic (it increases urine output to a small extent), drinks that contain caffeine do contribute to fluid intakes under normal circumstances and studies have found that consuming moderate amounts of caffeine does not seem to affect hydration status (although pregnant women should limit caffeine intake to 200mg/day and babies and toddlers should not be given drinks containing caffeine).

Regularly consuming drinks high in energy and sugars (such as sugary drinks, fruit juices) may result in excess energy consumption, and can contribute to weight gain and tooth decay, as well as increasing risk of type 2 diabetes, so choosing low energy and low sugars versions where possible is recommended.

Alcohol, like caffeine, also has a diuretic effect due to its action on the hormone arginine vasopressin. The level of this effect depends on the type of alcoholic drink consumed. Drinking water alongside alcoholic drinks will minimise any dehydrating effects. It is important to take account of safe guidelines for drinking. Learn more about the safe guidelines by reading our FAQs on alcohol.

You can view our hydration guide for adults and teenagers at the bottom of the page.

The effects of drinks containing free sugars were reviewed in the report Carbohydrates and Health published by the Scientific Advisory Committee on Nutrition (SACN) in 2015. On review of the evidence, SACN concluded that consumption of drinks containing sugars are associated with increased risk of type 2 diabetes and dental caries in observational studies. You can read the Carbohydrates and Health report on SACN's website.

Policy actions to help reduce intakes have included a levy on drinks with added sugars that contain more than 5g total sugars per 100ml. Advice on fruit and vegetable juices and smoothies, which also contain ‘free sugars’, is to keep portion sizes to no more than 150ml per day. Find out more about free sugars by reading our FAQs on sugars.

Pure fruit and vegetable juices and smoothies still count towards the 5 A DAY target, as they can provide a variety of vitamins and minerals, but only as a maximum of 1 portion. Sugars-containing drinks currently contribute 10% to the daily energy intakes of adults (aged 19-64 years) and a higher amount (17%) to energy intakes of adolescents aged 11-18 years. The mean consumption of sugar-sweetened soft drinks (g/day) decreased between 2008 and 2019 for all age groups in the UK by between 1% (adults 19-64 years) and 7% (children 1.5-3 years), although this change was not significant for adults aged 19-64 years and 75+ years. Over this 11-year period, the proportion of children consuming sugar-sweetened soft drinks also fell by 32 percentage points for those aged 1.5-3 years, 44 percentage points for 4-10 year-olds, 25 percentage points for 11-18 year-olds and by 20 percentage points for adults aged 19-64 years. Find out more about free sugars by reading our FAQs on sugars. 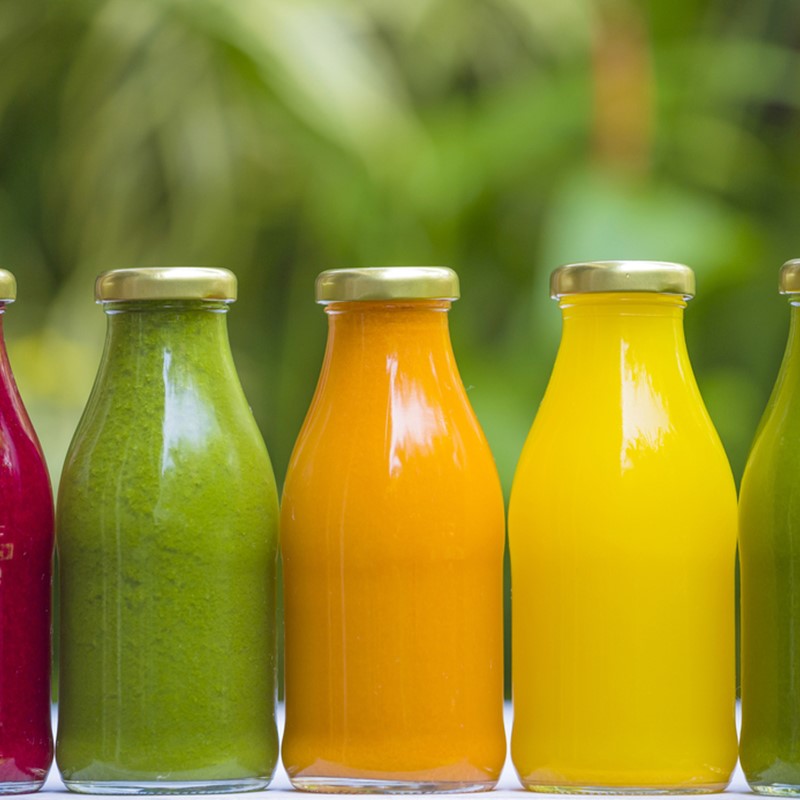 Fluid requirements increase during physical activity as more fluid is lost through sweating. Dehydration can occur in people doing intense physical activity, particularly those exercising in hot climates and/or at altitude. The amount of fluid lost when exercising will vary according to the intensity of exercise, the environmental conditions and the sweat rate of the individual (which can reach 2.4L/hour under extreme conditions).

Having an adequate fluid intake before, during and after periods of intense activity is important as loss of as little as 2% of bodyweight as water (equivalent to a net loss of 1.4L in a 70kg man) may impair performance.

The International Olympic Committee recommends that 1.2-1.5 litres of fluid are consumed for each kilogram of body weight lost during a sports or exercise session to restore losses and that sodium should be included in fluids consumed after physical activity which lasts for more than 1-2 hours. This is because sweat contains sodium at an average concentration of around 1g/L (though this is highly variable). Some individuals have a high sweat rate (such as 3L/hour) or particularly salty sweat and therefore sodium losses can be significant (such as 3-4g in total) after vigorous or prolonged exercise. Thus, replacing lost sodium is important and can be achieved simply by eating a meal or snack containing salt, or by using sports drinks which contain sodium. Potassium is also lost in sweat, though in much smaller amounts, and replacing this after exercise may enhance water retention, though replacing sodium after exercise is more important than other electrolytes which are less significant.

For strenuous exercise that lasts longer than 1 hour it may be helpful to include drinks that contain a source of carbohydrate that is rapidly converted to glucose to provide energy. Most commercial sports drinks contain 4-8% carbohydrates and contain some sodium to replace any sodium lost in sweat. Homemade versions can also be prepared using a source of sugars (such as sugared squash or fruit juice) and salt.

A resource showing healthy hydration options for teenagers and adults.

A FAQ resource looking at diet drinks and bodyweight.