Irritable bowel syndrome (IBS) is a common, longstanding illness consisting of frequent discomfort in the stomach (abdomen) area and bowel symptoms that cannot be explained by any other disease.

Symptoms can vary from person to person and can sometimes be worse in periods of stress or after eating particular foods.

IBS is thought to affect up to one in five people at some point in their life, and it usually first develops when a person is between 20 and 30 years of age. Around twice as many women are affected as men. If you think you may have IBS, speak to your GP.

The exact cause of IBS is unknown. However, some people diagnosed with IBS may find that their symptoms improve by making some dietary changes. 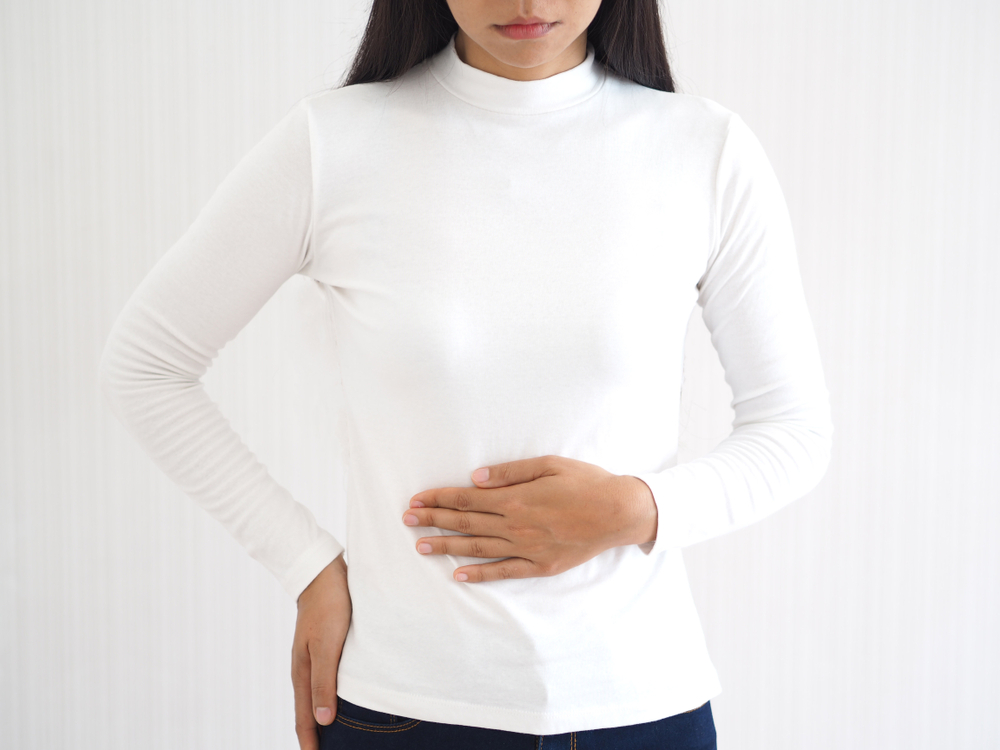 The British Dietetic Association has recently reviewed the science and updated its guidelines. Whilst doing this, they looked at some of the common dietary questions about IBS and what the science was currently telling us.

What effect does alcohol have on IBS symptoms?

It is not known for sure but alcohol may trigger or worsen IBS symptoms in some individuals. If you drink, you may wish to reduce your intake to see if it helps to relieve your symptoms. Make sure you don’t drink more than 14 units per week.

What effect does caffeine have on IBS symptoms?

The evidence is limited and no conclusions can be made. If you feel that your symptoms may be related to your caffeine intake, you could try to reduce your intake to see if it helps relieve your symptoms.

What effect does spicy food have on IBS symptoms?

It is not known for sure but spicy food may trigger IBS symptoms (diarrhoea) in some individuals. If you think your symptoms may be related to eating spicy foods, you could try eating non-spicy foods for a set period of time (e.g. a couple of weeks) and see if it helps. However, it is worth considering that it may be the common ingredients used in spicy foods (such as onion and garlic) which are having an effect on IBS symptoms rather than the amount of spice (see fermentable carbohydrates question).

What effect does dietary fat have on IBS symptoms?

It is not known for sure but IBS symptoms may increase during or after eating high fat foods in some individuals. Foods high in fat should be limited as part of a healthy, balanced diet. Women should limit their intake of fat to no more 78 g per day.

What effect does fluid intake have on IBS symptoms?

This hasn’t really been researched yet but a gradual increase in fluid intake is recommended, particularly for those who suffer with constipation. We should all aim to drink at least 6-8 glasses of fluid a day.

What effect do eating habits have on IBS symptoms?

There is not enough evidence to answer this question. However, try to eat a healthy, balanced diet and have a regular eating pattern (three meals per day). Sit down to eat your meals and don’t rush them.

You may experience symptoms similar to IBS (such as diarrhoea and bloating) if you are lactose intolerant (lactose is the sugar found in milk). If you think you may be lactose intolerant, it is important to speak to a health professional (such as your GP or a dietitian) for a diagnosis before considering cutting milk and milk products out of your diet.

Dietary fibre is important for health and can reduce the risk of cardiovascular disease, type 2 diabetes and colorectal cancer. Adults should try to consume 30 g of dietary fibre per day. Dietary fibre can be found in fruit and vegetables and high fibre starchy foods (e.g. oats, high fibre breakfast cereals, wholewheat pasta, wholegrain bread and potatoes with skins). More research is needed on the effect of different types of fibre on IBS symptoms. It has been suggested that supplementing the diet with linseeds may help to relieve IBS symptoms (constipation) in some individuals. Linseeds can be sprinkled on foods you commonly eat in your diet such as on your breakfast cereal, yogurt, casseroles or salads. Supplementing the diet with wheat bran is not generally recommended for individuals with IBS as it doesn’t seem to help relieve IBS symptoms.

Can changing the amount of fermentable carbohydrates in the diet improve IBS symptoms?

Fermentable carbohydrates include FODMAPs. FODMAPs (Fermentable Oligosaccharides, Disaccharides, Monosaccharides and Polyols) are small carbohydrates found in certain foods, including some cereals, fruits and vegetables and sugars-free sweets. They are not digested in the small bowel (intestine) but pass through to the large bowel where they are fermented by the gut bacteria. This can increase fluid and gas production in the large intestine, which may increase IBS symptoms in susceptible individuals. There is a reasonable amount of evidence to suggest that following a low FODMAP diet may be beneficial for some individuals with IBS. If you are thinking about trying a low FODMAP diet to help manage your symptoms, speak to a health professional (e.g. a dietitian) so they can make sure you are still getting all the nutrients your body needs.

What effect does gluten have on IBS symptoms?

Gluten is a protein found in wheat, rye and barley. Gluten has to be avoided in people diagnosed with coeliac disease; a life-long autoimmune disease whereby a person’s immune system mistakes substances found inside gluten as a threat to the body and attacks them, damaging the surface of the small bowel. If you think you may have coeliac disease, it is important to speak to your GP. Currently, there is not enough evidence to suggest that following a gluten-free diet will help to reduce IBS symptoms.

What effect do probiotic products have on IBS symptoms?

There has been quite a lot of research on probiotics and IBS but the results are not conclusive. There are many different probiotic strains (varieties) and types of products (e.g. live yogurts, fermented milks and capsules). Probiotics are unlikely to hugely improve IBS symptoms, but if you find a particular probiotic product which seems to work for you (try it for about a month) then you may wish to carry on using it.