The Drummond Memorial Fund was established in 1954 in memory of Sir Jack Drummond, who made a significant contribution to developments in the application of nutrition science for public health.

During 2012, the Foundation was honoured to be selected to take over the management of the Drummond Memorial Fund, in recognition of the team’s commitment to nutrition education and the interpretation and communication of complex scientific information on nutrition, diet and lifestyle. The Fund had previously been administered by a board of distinguished Trustees from University College London, the University of Cambridge and the University of Edinburgh.

The British Nutrition Foundation activities supported by the Fund include awards for young people and their teachers; nutrition science communication awards for newly qualified nutritionists, and for teachers and health professionals; pump priming grants for newly appointed lecturers in nutrition embarking on a research career; and internships for recent graduates.

The Drummond Memorial Fund was established in 1954 in memory of Sir Jack Drummond, who made a significant contribution to developments in the application of nutrition science for public health. 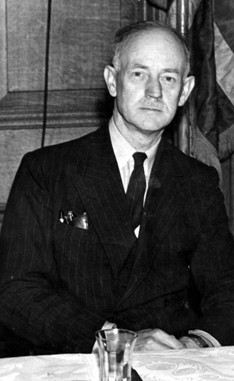 Who is Sir Jack Drummond?

Sir Jack graduated with a Bachelor of Science degree from the University of London with first class honours in Chemistry and his first position was as a research assistant at King’s College, in the same university. Later he worked with Dr Casimir Funk at the Research Institute of the Cancer Hospital and developed a keen interest in nutrition and vitamins in particular. By 1918, Sir Jack was recognised as an expert in nutrition and received the degree of Doctor of Science and was appointed to succeed Dr Funk as Physiological Chemist to the Cancer Hospital.

Sir Jack moved from the Cancer Hospital to the University of London where he worked for many years, through the economic crisis of 1931, when he devoted his time to developing practical ideas to address the nutritional issues associated with poverty, through to the outbreak of the Second World War in 1939. It was then that he was given leave from the University to become Chief Adviser of Food Contamination to the Ministry of Food.

Throughout the war, Sir Jack worked as Scientific Advisor to the Ministry of Food. He was responsible for the Wartime Food Survey, initiated to monitor household’s’ diet and nutritional intake and to inform recommendations for a nutrition strategy for the war-torn nation.

In 1943, Sir Jack became Chairman of the King Edward’s Hospital Fund for London and advised on hospital food services until 1949. He was the first President of the Hospital Caterers’ Association. Sir Jack was knighted in 1944 and in the same year he became a Fellow of the Royal Society. In 1946 he received the US Freedom with Silver Palms medal and was elected an Honorary Member of the New York Academy of Sciences. He was also made a Commander (Civil Division) of the Order of Orange Nassau for his services to Holland, and the University of Paris conferred on him the Degree of Doctor Honoris Causa.

The British Nutrition Foundation's connection with Sir Jack Drummond dates back to his post war days working with the Ministry of Food when Dorothy Hollingsworth, Director of the BNF from 1970 until 1977, was a colleague of his. Dorothy Hollingsworth also worked on the Wartime Food Survey (which became the National Food Survey and has continued to this day in various forms) and prepared the second edition of Sir Jack’s famous book The Englishman’s Food.

Life is full of coincidences and, like Sir Jack Drummond, our current Director General, Professor Judy Buttriss, started her research career in the field of vitamins and she has been a member of the committee supporting the National Food Survey (now the Family Food Survey) for many years.

How is the Drummond Memorial Fund being used at BNF?

The Drummond Memorial Fund’s objectives of advancing the knowledge of nutrition and of promoting education and research align with those of the British Nutrition Foundation and, commenting on the transfer of the trust to the British Nutrition Foundation, Kevin King, Head of Student Funding, at University College London and pervious Secretary to the Trust, said: “The current Trustees of the Fund are confident that the BNF is best placed to identify the most effective use for the funds and welcome the BNF’s pledge to uphold the original purpose of the Fund.”

The  British Nutrition Foundation is utilising the Drummond Memorial Fund to implement a comprehensive programme of initiatives, including:

It is a real honour to have been chosen to take over the Fund and continue its valuable nutrition science work and we are confident that Sir Jack Drummond would have approved of and supported the work our science and education teams will be undertaking in his name.