Meet the Trustees of the British Nutrition Foundation.

John Mathers is Professor of Human Nutrition and Director of the Human Nutrition Research Centre in Newcastle University, UK. His major research interests are in understanding how eating patterns influence risks of common age-related diseases such as heart disease, diabetes, dementia and bowel cancer. He led the Food4Me intervention study that tested the usefulness of personalised interventions in improving dietary choices and health. His research includes use of genomic and epigenomics approaches to understand the mechanisms though which nutrition influences cell function and, ultimately, health. 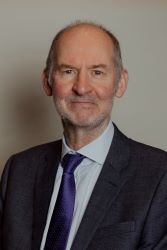 Michael Bond is Global Product Line Leader at IFF, with commercial and product management responsibility for the company’s Fibers and Prebiotics portfolio globally. Formally educated in Microbiology, after five years in research and development with GlaxoSmithKline Consumer Healthcare, Michael joined DuPont Nutrition & Biosciences (formerly Danisco, now part of IFF) in 1998, where he has undertaken a variety of roles, including: scientific and technical affairs manager for the functional sweeteners portfolio; business director for the functional sweeteners and fibres portfolios; marketing lead for the digestive health and weight management platforms; and product marketing lead for the functional ingredients and emulsifiers business units. He has extensive experience in the area of health and nutrition from a scientific, regulatory and marketing perspective. 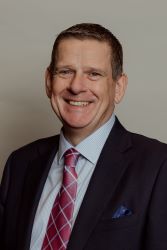 Colin has had a 50-year career in food science and technology, holding positions in industrial, government and academic institutions, including 21 years as CEO of CampdenBRI. He has served on government and industry advisory committees in the UK, Belgium, USA, Canada, Australia, New Zealand, Kuwait, Abu Dhabi, South Africa and Singapore.

Colin was appointed a Commander of the Order of the British Empire in 2009 for services to the agri-food sector and received IFT’s Myron Solberg (2011) and Carl R Fellers (2019) awards for his leadership, and outstanding contributions to the food science and technology profession. 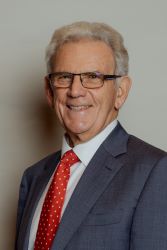 Having spent all of his career working with food and education, Graeme currently develops qualifications for the Scottish Qualifications Authority. A qualified chef, he also works part time in the hospitality industry, and is a trustee for the Dundee Bairns charity, an organisation that helps families living in areas of deprivation. 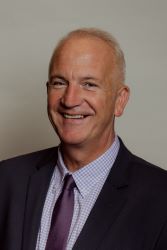 Gill Fine is an independent Public Health Nutritionist and in recent years has served as a Trustee with several Charities including Diabetes UK, the Institute of Food Research and the British Nutrition Foundation. She is currently an Independent Board Member for AHDB Beef and Lamb Sector Board. From 2004-2010, she was the Director of Consumer Choice and Dietary Health at the Food Standards Agency (FSA) and was responsible for the strategic direction and the delivery of the FSA’s Eating for Health and Choice programme. This wide remit comprised nutrition, GM, supplements, organics, additives, novel foods, food standards and general food labelling. She was Sainsbury’s Company Nutritionist from 1995-2004 and has served on several Government committees including UK Government’s Scientific Advisory Committee on Nutrition from 2001-2004 and was reappointed in 2011. Alyson is the founder of Conscious Impact and an executive with over twenty-five years’ experience in the public health sector spanning both healthcare, academic, non-ex, commercial and as a global lead within the food industry.

Alyson is a board member of the British Nutrition Foundation and a Business Fellow at the Smith School of Enterprise and the Environment University of Oxford. She is a state-registered dietitian and was previously the Global Lead for Kellogg for Health and Wellbeing.

Alyson also worked at the University of Manchester and then Leeds focusing on Nutritional Epidemiology; researching bio-markers for carbohydrate intake and understanding food patterns and intakes in relation to Diabetes and hypertension. She coordinated the UK Women's Cohort Study; a study looking at cancer mortality and diet in 35,000 women, the largest of its kind in Europe. Alyson has also worked as a freelance consultant, providing nutrition information to a variety of clients. 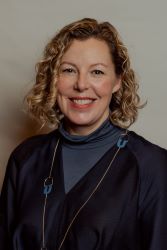 After completing a degree in private law and business management, Des worked in retail finance, before joining Qantas Airways, where she spent 10 years covering various Financial Controller and Business Partnering roles spanning Africa, UK, Europe and the Middle East. It was during this time Des became a CIMA qualified accountant. Her final role at Qantas was as a commercial analyst based within Marketing, which providing a different perspective on business operations.

When the opportunity arose, Des joined the NHS as Assistant Director Financial Management at Ashford and St Peters Hospitals Foundation Trust in North Surrey, a position held for 8 years before moving on to become Deputy Director of Finance at Kingston Hospital in South West London. Her current role is Deputy CFO at Imperial College Healthcare Trust in Northwest London. 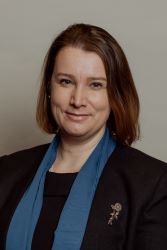 Professor Susan Lanham-New is Professor of Human Nutrition and is Head of the Nutrition, Food & Exercises Sciences Department at the University of Surrey. She led a successful Nutritional Sciences at Surrey application for the 2017/2018 Queen’s Anniversary Prize (QAP) for Further & Higher Education. She is a Member of the Scientific Advisory Committee on Nutrition (SACN) and is Editor-in-Chief of the Nutrition Society Textbook Series and first Editor of Nutritional Aspects of Bone Health. Her research focuses on nutrition and bone health, for which she has won the 2001 Nutrition Society Medal, as well as Young Investigator Awards at the World Congress of Osteoporosis; the joint IBMS/ECTS Osteoporosis Conference and the Royal Osteoporosis Society conferences.

In 2018/2019, Susan received the prestigious BNF Prize for her work on nutrition and bone health and in particular vitamin D. She has published more than 150 peer-reviewed scientific papers.  She is a member of the Nutrition Forum and Academy for the Royal Osteoporosis Society and is a Trustee of the British Nutrition Foundation. She has recently been given Fellowship status of the Royal Society of Biology and the Association for Nutrition and is Honorary Secretary of the Nutrition Society. 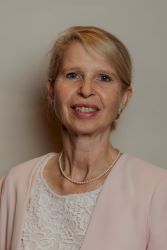 Her research has largely been focused on the role of hepatic nutrient metabolism in healthy ageing, obesity and NAFLD, and employs a variety of genomic, proteomic, and systems biology tools alongside nutritional intervention studies. She has published >50 peer-reviewed papers, editorials and book chapters, and was the recipient of the 2018 Nutrition Society Silver Medal for Research Excellence in a Young Investigator.

She sits on the Advisory Councils for both the Nutrition Society and the British Association for Parenteral and Enteral Nutrition (BAPEN), and is a General Assembly Member of the European Food Information Council (EUFIC).  Dr Moore is currently the Head of the Graduate School for the Faculty of Environment at the University of Leeds, which encompasses approximately 600 postgraduate researchers. 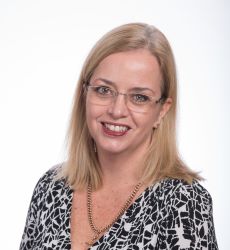 Louise has significant board level experience in human resource management, governance, risk and audit in commercial, public and charity sectors. Executive experience includes senior positions at KPMG Management Consulting, GlaxoSmithKline plc and served as Executive Director for Human Resources at the Bank of England during the financial crisis. She holds non-executive director and trustee roles in the Civil Service, for two charities, a university and a further education college. She was originally a lecturer in biological sciences in higher and further education. 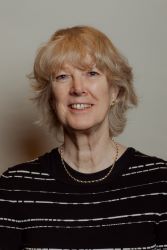 David joined the Governors of the British Nutrition Foundation in 2010 and became a Trustee in 2013, serving as Honorary Treasurer between 2018 and 2021. He has a background in sustainable business management and communications, having joined ABF in 2009 from Jordans cereals where was Head of Communications and subsequently Head of Sustainability, prior to which he worked within the foods division of Unilever UK. David has helped establish business links with various third sector organisations in relation to food, health and sustainability issues. He also has extensive experience of brand and corporate communications and advises the Executive Team of the BNF in relation to this area specifically. 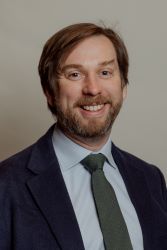 Alisdair has a 35+ year career in public service with 24 years in food/feed related areas. He retired in 2016 after 14 years as Head of Science Delivery at the Food Standards Agency (FSA) and was responsible for governance around how the FSA prioritised, commissioned, managed and communicated its evidence portfolio; development of partnership working with national/international organisations, including links to the European Food Safety Authority (EFSA). He has significant representational experience at national and international level in areas related to development, delivery and governance of policy relevant food safety and food security research.