We aim to give people access to reliable science-based information to support anyone on their journey towards a healthy, sustainable diet. In this section you can read about plant-based diets.

What do we mean by a plant-based diet?

Plant-based diets are dietary patterns that have a greater emphasis on foods derived from plants (such as fruits and vegetables, wholegrains, pulses, nuts, seeds and oils).

Although you may think of plant-based diets as being vegetarian or vegan, they do not have to be plant-only. Such diets do not have to completely exclude animal foods such as meat, poultry, fish, eggs and dairy products, but proportionally more foods are chosen from plant sources. Other examples of plant-based dietary patterns include the Mediterranean Diet, the Nordic Diet and the Eatwell Guide (the UK’s Healthy eating model). Learn more about the Eatwell Guide on this page from the NHS.

What are the main characteristics of a healthy plant-based diet? 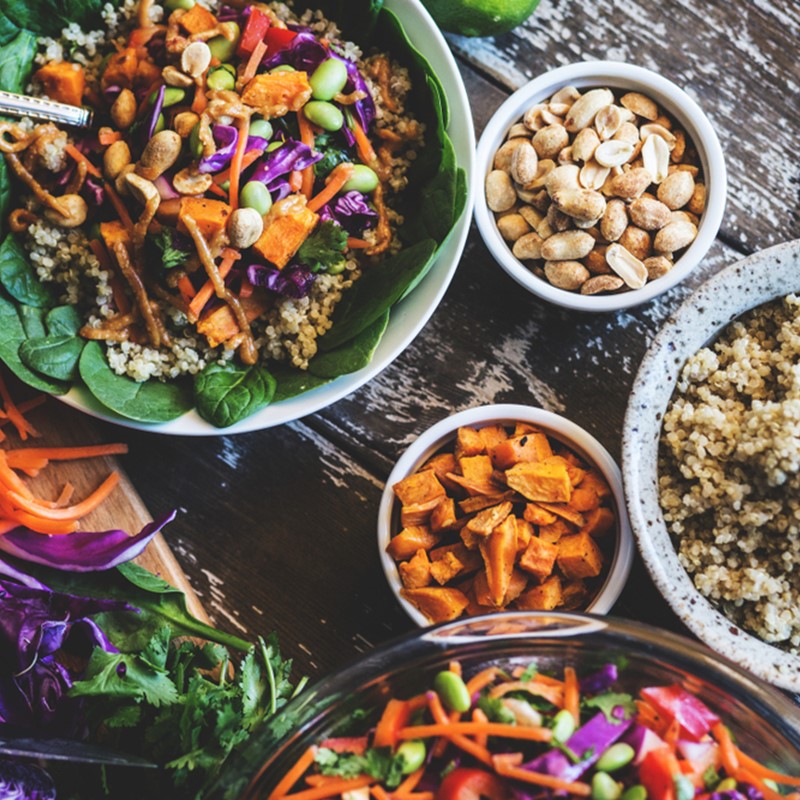 A vegetarian is usually described as someone who does not eat meat, poultry, fish, shellfish or any by-products of slaughter. Lacto-ovo-vegetarians, who include dairy products and eggs in their diets, are probably the most common type. However, there is no single, accepted definition of ‘vegetarian’. People may define themselves as vegetarians because they largely choose plant-based diets, but will include some fish (pescatarian), or are what has been popularly described as ‘flexitarian’ or ‘semi-vegetarian’ - someone who is mostly vegetarian, but occasionally eats meat or poultry. A vegan does not eat any products of animal origin so does not eat any dairy products, eggs or honey, as well as avoiding animal-derived materials such as gelatine or vitamin D3 supplements if they are derived from an animal source such as sheep's wool.

Why the interest in plant-based diets?

Interest in plant-based diets has grown significantly in recent years, with vegan, vegetarian and flexitarian diets becoming more popular. It has been estimated that 2-3% of the UK population follow a vegetarian or vegan diet. In market research conducted in 2018, a third (34%) of British meat eaters reported having reduced their meat consumption over the last year (compared to 28% in 2017)1. Alongside the increased popularity of plant-based eating, there has also been an increase in the ready availability of alternatives to meat and dairy foods such as plant-based dairy alternatives (including soya, oat, almond and coconut plant-based drinks) and plant-based oils and spreads made from them. There has been a growth in foods suitable for vegetarian and vegans, which can also be included in a plant-based dietary approach. These include snacks made from nuts, pulses and seeds, ready-meals suitable for vegetarians and vegans, and plant-based offerings in restaurants. Sales of alternative proteins, such as soya, have increased in recent years – but what is driving this demand for plant-based products?

The move towards plant-based diets has been influenced both by health and environmental concerns. For example, the link between high intakes of red and processed meat and increased risk of colorectal cancer has been emphasised in a number of well-publicised recent international reports.

Moreover, there has been increasing interest in plant-based diets for animal welfare, ethical and environmental/sustainability reasons. By changing the types of foods we eat and how often we eat them, it is possible to ease the pressures on the global food system. It is generally agreed that meat and dairy products are associated with more greenhouse gas emissions than other foods, although the amounts can vary with the type of farming practices used. Adopting more plant-based diets, as depicted in dietary guidelines around the world, is therefore encouraged to protect the environment. It has been estimated that adoption of plant-based dietary patterns, could on average lead to a reduction in greenhouse gas emissions ranging from 17% to 29%, in addition to decreasing land, water and fertiliser use.

For more information see our page on eating healthily and sustainably. 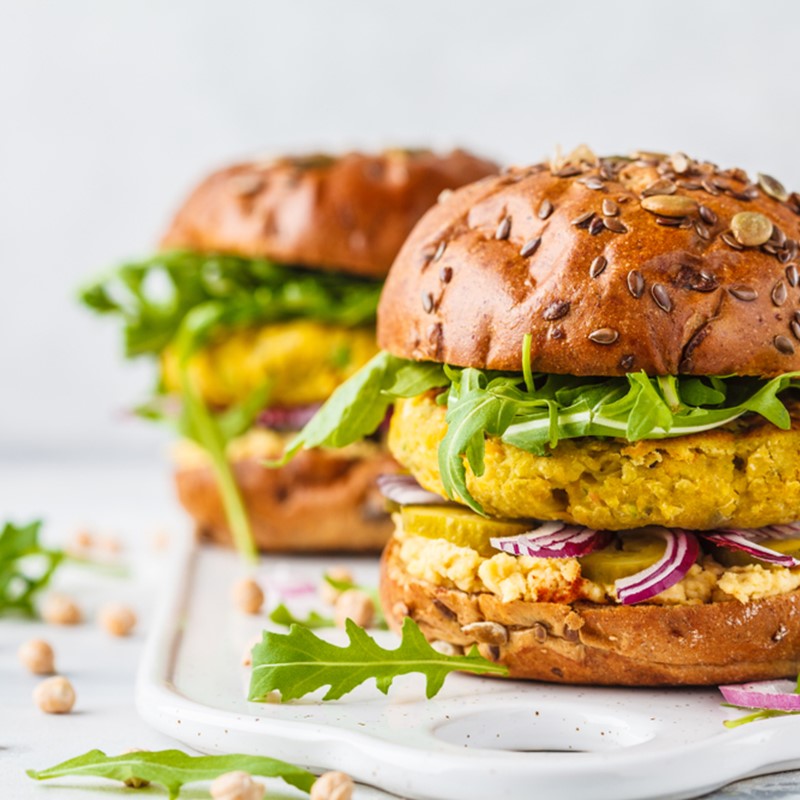 Do plant-based diets have any of the health benefits?

Studies that have explored the relationship between plant-based dietary patterns with an emphasis on plant foods, such as vegetarian, vegan or Mediterranean-style diets, have shown them to be linked with reduced risk of heart disease, strokes and type 2 diabetes when compared to less healthy dietary patterns. Scientific research also indicates that healthy plant-based diets can have beneficial effects on risk of disease by, for example, lowering blood pressure, reducing blood cholesterol and promoting a healthy bodyweight.

Plant-based diets tend to be higher in many foods that are important in our diets, such as fruit and vegetables, wholegrains, nuts, seeds and pulses. As a result, these diets tend to provide higher amounts of dietary fibre, whilst being lower in saturated fat and free sugars, than other dietary patterns. This may underlie many of the health benefits observed. But we also know that people who adopt such diets are often more health conscious and adopt other healthier lifestyle factors. For instance, they are likely to be more physically active, less likely to smoke, consume less alcohol and are more likely to have a higher income and education. This may also help to explain some of the observed health benefits.

Are all plant-based diets healthy?

Food-based dietary guidelines recommend that plant foods (for example fruit and vegetables and wholegrains such as oats, wholemeal bread, brown rice, wholewheat pasta) should make up a large part of what we eat. We should also include sources of healthy fats in our diets – such as nuts, seeds, oily fish, unsaturated oils and spreads made from them, as well as including good choices of protein – for example, beans, peas and lentils.

Nutritional adequacy in any dietary pattern is important, and can be provided by a plant-based diet. Plant foods provide important nutrients including fibre, vitamins and minerals, protein and unsaturated fats. However, it is important to note that animal food sources make an important contribution to some nutrients in the UK diet. For example, vitamin B12 and vitamin D are naturally absent from most plant foods, although they may be present in fortified foods such as breakfast cereals, fat spreads and alternative dairy products; long chain omega-3 fats are found in highest amounts in oily fish (vegetarian supplements made from algae are available) and iodine is found in highest amounts in seafood, dairy foods and eggs. Dairy foods are also important contributors to most people’s calcium intake, particularly in children. Furthermore, iron and zinc are more easily absorbed from animal than plant foods. For example, phytates found in plant foods, such as wholegrains and beans, reduce zinc absorption. For more information about the nutrients mentioned see our pages on healthy sustainable diets.

Importantly, we should bear in mind that exclusion of animal products per se does not necessarily equate to a healthy diet. Poor choices, with a large inclusion of foods high in saturated fat, salt and free sugars (for example savoury snacks, deep fried foods, cakes, biscuits, confectionary and sweet spreads) can be made within any dietary pattern. In addition, very restrictive plant-based diets can lack balance and variety.

A healthy, balanced plant-based diet would typically include wholegrains, fruits and vegetables, nuts, legumes and unsaturated oils, whereas less healthy plant-based diets may include more sugar-sweetened beverages, refined grains, fried potato crisps or chips and sweets. In addition, despite their health halos some plant foods may not be healthy if consumed in high amounts such as coconut oil (high in saturated fats) and agave or maple syrups (high in free sugars).

For ideas to help you consume a diet that’s more in line with the Eatwell Guide take a look at our 7-day meal plan.

For anybody interested in vegan diets and nutrition, the British Nutrition Foundation answers some of the most common questions. This is not a comprehensive guide to a vegan diet, but provides some useful nutrition information in this area.

A FAQ resource about following a vegan diet.